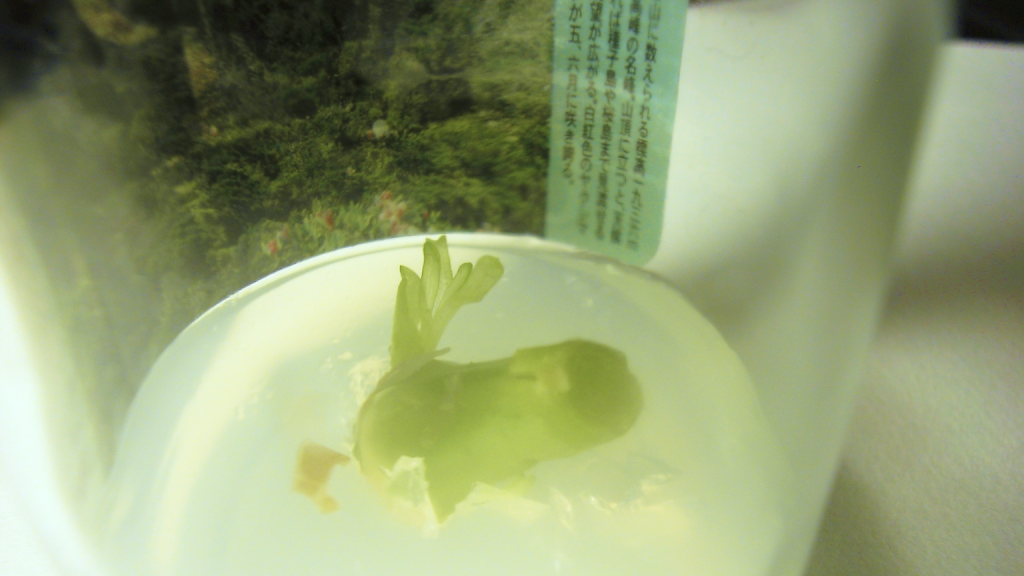 This project is inspired by the first commercially available GM flower - a blue carnation, which has been developed and commercialised by Florigene Ltd, a subsidiary of the Japanese brewing giant Suntory. The flowers are now available at all the major markets: in Japan, in the US and across Europe.

These flowers represent a cultural-historical milestone, because they are the first commercially available genetically-modified consumer product intended only for aesthetic consumption. Unlike other GM products - such as tomato, corn, potato or soy - the GM carnations are neither used as human food nor as animal feed and are therefore evading any public discussion on their social, ethical or moral impact.

Typically, carnations come in different colours, ranging from white over yellow to red, from orange to pink and any variations thereof. But through conventional breeding methods it is not possible to create a flower with blue petals, because the genetic pool of the carnations is lacking the necessary biochemical pathway that is responsible for producing the blue flower colour.
Florigene created the novel blue carnation, by adding a gene from Petunia to a white, wild-type Carnation.

With Common Flowers / White Out we are searching for strategic technologies and tactical methods to remove, disable and/or exorcise the introduced ‘blue gene' and restore the blue carnation to its original, untainted, white state. This restoration asks questions about concepts of transformation and change, but also about the notion of untouched nature and the limits of human controllability.
This reverse transformation of a GM blue carnation to a white carnation - by way of genetic modification - raises the question about the possibility of totally reversing, of totally undoing a genetic modification. Is it actually possible to remove the unnatural gene from the plant?
Can this unnatural plant become natural again? Can it be re-naturalized?

Is the resulting plant a GM plant or not? Do the original modification and our additional modificationcancel each other out? And if yes, is the plant a  genetically-modified  plant - with all the legal consequences?

Can the fact of the human intervention be erased? Can we gloss over the introduced gene, can we white it out? Or does it remind us of the fact that there is something underneath the white ink, a mistake that had to be erased?

'Common Flowers / White Out' is also a pilot project, exploring the boundaries of controllability of commercial biotechnology. Is it possible for non-scientists to remove genes from GM plants and reclaim ownership of the organism?

At the same time it is also a kind of bio-tactical self-defence: biotechnological knowledge, methods and practices are being developed for and by non-specialists, which again can be applied to other problems and - potentially - to other GM plants.

Common Flowers / White Out is currently exhibited and realised at the Project Genesis exhibition at the Ars Electronica Center in Linz, Austria. (until Summer 2014)

The genetic modification of plants is usually achieved by introducing the desired genetic material into an Agrobacterium-based transformation vector and the subsequent transformation and selection of the desired traits. We introduced the inverse copy of the gene responsible for the blue colour, and by a process called RNA-Interference (RNAi), the expression of the blue gene is prevented; the gene is “knocked-down”, it can no longer be translated into the protein which would cause the blue colour in the petals of the carnation.

What happens if we consider reversing an evolution made through synthetic methods. Georg Tremmel and Shiho Fukuhara carve open a hole in genetic engineering, and state their proposition in relatively simple terms:  The goal of the ‘Common Flowers / White Out’ project is to develop a toolkit and the expertise that will enable non-specialists to remove previously introduced genes from genetically-modified plants. This project is inspired by the first commercially available GM flower – a blue carnation, which has been developed and commercialised by Florigene Ltd and which is currently availably worldwide. The impact of these terms are far from simple. Hands up any scientist who can argue or define what a de-engineered organism is. Is an organism that has been engineered to add a new feature, and then had that feature removed in a clone or later decendant still engineered? Is it still a classified bio-security risk to nature? If we can determine the sequence, we could find the same as the original, and if it was the same, what is it then? Can it possibly carry a ghost-trace, a scar of technology, a memory of being changed?